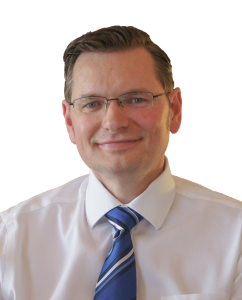 René was born in the Netherlands, migrated to Australia (Adelaide) with his family at the age of 11, and became a naturalised Australian citizen at the age of 16.  After leaving school at Year 10 aged 16, and working in the retail industry for several years, René joined the Royal Australian Air Force at 19, where he served throughout Australia for the following nine years, holding various ranks.

During his time in the RAAF whilst stationed in Hobart, René commenced to further his education, gaining his HSC equivalency and completing a TAFE course, which eventually led to university studies. After leaving the RAAF, René then worked for a variety of public and private organisations, often at senior management levels, gaining valuable corporate experience in a wide range of industries. In 2001, René started his own Consulting and Training business, undertaking engagements throughout Australia, including the public sector in a number of States, as well as Fiji and Papua New Guinea.  René has spoken at conferences throughout Australia and overseas, and has been published in refereed journals.

Despite his humble beginnings, René’s qualifications include a Master of Business in Logistics Management, an MBA, a Master of e-Commerce and a Master of Laws in Public Procurement Law and Policy. René has also almost completed a Masters of History majoring in Roman History.  In 2009 René was appointed a Fellow of the Chartered Institute of Purchasing and Supply (CIPS) and in 2013 became an Associate Fellow of the Australian Institute of Management (AIM).

To relax, René loves music and has been known to sing a few Elvis songs when the opportunity arises. René  is married with five sons, three of whom also live in Hobart.